The ground beneath our feet

The United Methodist Church is committing denominational hari-kiri, which will be nearly completed before the end of May, 2020. Recently, a long-term friend and law-enforcement officer posted an article from lawofficer.com: "The End of Law Enforcement, " written by a 20-plus year active LE officer and a trainer of LE officers around the country.

He says that this is the state of law enforcement today:

1. Retirement eligible officers are retiring even though they have many years of useful service ahead of them.

2. Mid-career officers are miserably trying to make it to retirement and are "are trying to get off the streets, afraid of the next 'viral' video showing them doing nothing wrong but ruining their reputation and ability to work forever." Some are leaving LE anyway.

3. Less than 10-year officers "have now realized that they work in the only profession that can ruin you for doing nothing wrong. They have stopped working. Some call it the 'Ferguson Effect' but they just call it trying to save their [hind ends]. It’s not worth staying and the majority are looking to leave."

There is a French phrase from maritime history that was adopted by some other nations' services that is usually, though inaccurately, translated as, "every man for himself." The French is, "Sauve qui peut," and don't ask me how to pronounce it. 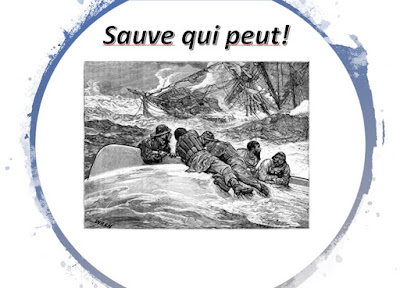 It was the command given when a vessel's captain decided the ship was lost and was going to sink no matter what. So he would order, "May he save himself, whoever can" (literal translation) or basically, "Stop trying to save the ship and save yourselves."

ISTM that is what this writer has concluded about the profession of law enforcement.

Regarding the UMC, I had a conversation recently with a senior staffer of one the UMC's general councils. It became clear to me that sauve qui peut has already been adopted by large numbers of our laity. Both attendance and giving have plummeted at UM churches across the nation, including mine. The laity who have left because of all the intra-church fighting over the homosexuality question have absolutely abandoned ship and are not going to return.

I can only wonder how many serving clergy will decide the same between now and the end of General Conference in May 2020. Will we see a parallel with what is going on in law enforcement? Will we see retirement-eligible ministers with several more years of possible service just hang it up now? Will mid-career pastors try simply to hang on until retirement and younger ones make (covert) plans to move to another denomination or profession?

Update, Dec. 10: I attended a Mon-Wed. GCFA conference last month with pastors from across the nation present, although the majority from the southeast and eastern seaboard. Here is my takeaway summary:Basically, retirement-eligible pastors are doing so, even if they have years left to 72. I met some who are younger than I who are retiring in 2020, including two who pastor mega-churches (neither in my conference).Several ministers from about age 50 openly told me that when they hit 62, they're gone. Very few were there much younger than that, but if I was 44 rather than 64, I almost certainly would be covertly making contingency plans.And the denomination is going broke. Giving across America is way down. Way. Down. This is not going to be reversed and will, if anything, accelerate. At current trend, the GCFA's episcopal fund will be at zero dollars by the end of 2024. One minister told me that giving is down so much in his present appointment (not only because of people leaving a strife-torn denomination, also several major donors died) that his church can no longer afford his compensation. But he wonders what the point in a new appointment will be if it will probably run out of money also within a year. May as well retire, right? 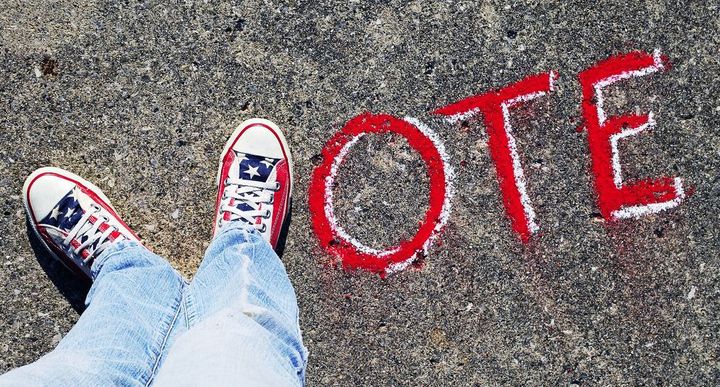 BTW, even apart from people voting on the "issue" with their feet and checkbooks, the UMC will still be in accelerated rate of decline due to increasing deaths of an aging laity and our inability (and frankly, denominational unwillingness) to evangelize, especially evangelize unconnected to politics.

Just as law enforcement, the UMC still has many strengths and still is doing great work. But we are more and more resembling Centralia, Penn. Our foundation and "solid rock" on which we stand is being destroyed from underneath us.


Centralia was a coal-mining town where the mine shafts caught fire in 1962 and
the town was destroyed from underneath. The fire is still burning. Estimates are that
it will burn at least 250 more years.

The ground burning beneath our feet applies to much more than the UMC or law enforcement. I would be hard-challenged to find any national-level institution not affected by this threat.

Wesley said that when we are on fire for Christ people will come for miles around to watch us burn. The UMC is on fire, all right. But decide for yourself for what we are burning.
Posted by Donald Sensing