10 things to know about Black Friday

Email ThisBlogThis!Share to TwitterShare to FacebookShare to Pinterest
Labels: Culture

Who is communion for? The debate over the open table | The Christian Century

Who is communion for? The debate over the open table | The Christian Century:


Lately, however, what is or might be meant by open communion has shifted. The received understanding has always included a proviso, sometimes explicitly stated but often simply assumed: “All are welcome to receive” has been taken to mean “all Christians,” which in turn has been understood as including all (and only) those who have been baptized with water in the name of the Trinity. In other words, an open eucharistic service has been open irrespective of denominational status but not of baptismal status. That proviso is now under discussion in many quarters, to the point that to ask whether such-and-such a church practices open communion is apt to be ambiguous. The disputed question at present is how open the practice is or ought to be.

The logic of what has been the accepted interpretation, which does in a sense limit the openness of open communion, is not hard to see. It stands to reason that if taking part in the Eucharist is a specifically Christian privilege, and if Christians are defined, minimally if not exhaustively, by their baptism, then those who would avail themselves of the privilege can be expected at least to have met this one objective criterion. Is this expectation indeed valid? That is the question at issue in the current discussion.


The introduction asserts that ‘Philosophy is dead’ (p.5) and science alone can provide ‘New answers to the ultimate questions of life’ (the book’s hubristic sub-title). But the authors then produce their own brand of humanistic philosophy, christen it ‘science’ and base their book upon it.

Prayer for our country 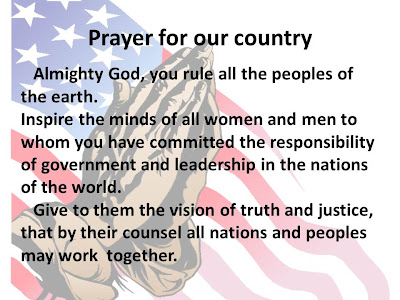 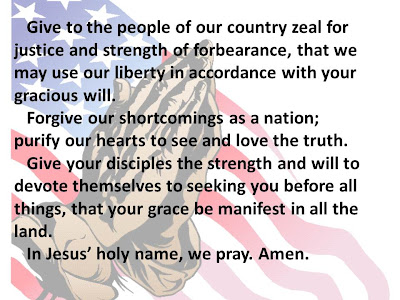 based on the United Methodist Book of Worship, no. 442

As of Sunday night, the RealClearPolitics electoral map shows Obama's electoral count at 201, Romney's at 191 and 146 votes as tossups spread among 11 states (the map will probably change today). If you click "No Toss Ups," eight of the 11 tossup (gray) states turn blue and Obama's count soars to 290. Romney sputters up to 248.

Of them, if Romney wins only Florida and Pennsylvania he wins the election. I'll predict a win for him in Florida, but for will leave Pennsylvania gray. That leaves Romney at 251, 19 votes short of the magic 270. Now for Obama, these states turn blue: New Hampshire, Virginia. Obama now has 249 and Romney 251. Only Ohio and Pennsylvania remain gray.

Romney's situation is then this: Win only Pennsylvania and become president. Win only Ohio and tie at 269 with Obama.


House Selects the New President As directed by the 12th Amendment, the 435 -- many of them brand new -- members of the House of Representatives would find as their first official duty the selection of the next President of the United States. "Welcome to Congress!"

Unlike the Electoral College system, where larger population equals more votes, each state in the House gets exactly one (1) vote when selecting the president. Even California, with its 53 Representatives, get one vote. The first candidate to win the votes of any 26 states is the new president. The 12th Amendment gives the House until the fourth day of March to select a president.

The Senate elects the vice president, one vote per senator, with no time limit on its decision. As for the House, each state's delegation decides for itself how its single vote shall be cast. In states that have both Democrat and Republican representatives, expect that decision to be, um, tumultuous.

Under the scenario I have painted here, Obama wins 20 states' popular vote, Romney 30. One would think that the states' House members would agree that their vote shall be cast in favor of the candidate who won the state's vote. But that simply makes the House a sort of "super electoral college," which you can bet an awful lot of members don't want. So no matter which candidate receives the majority vote in certain states, expect sturm und drang among its House members over the single vote they get to cast.

Besides, no matter how many states each candidate carries, what counts is how many per party a state elects to the House. A given state could vote at the ballot for Romney but send more Democrats to Congress than Republicans and thus cast its single House vote for Obama rather than Romney.

The House is bound by nothing at all regarding the results of election day. In the 1824 election, Andrew Jackson received 42 percent more popular votes than John Quincy Adams and garnered 99 electoral votes to Adams' 84, yet the House elected Adams, largely because of the influence of Rep. Henry Clay, who was rewarded by Adams with the post of secretary of state. This became known as the "corrupt bargain," and helped doom Adam's presidency, coupled with his severe lack of popular support since a huge majority of voters had voted against him. Jackson crushed Adams in the 1828 election.

There is no reason not to expect backroom deals like Adams made from being offered this time, if the election does go to the House. But no matter how the House finally votes (if it comes to that) the representatives must bear in mind the precedent from 188 years ago: the candidate they select must be seen as legitimately elected if his presidency is to receive support from the people.