We are adopting the Middle East Model, and it's not Islam 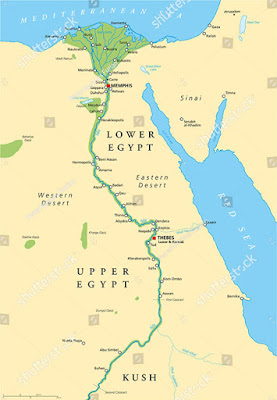 The Nile could not be managed by independent satrapies

In his book, Cannibals and Kings, anthropologist Marvin Harris explains the difference in the development of nation-state governments in the "hydraulic kingdoms" of the Middle East and the "rainfall economies" of northern Europe. In both cases the issue affecting formation of government was water and the creation of wealth. These were agricultural economies, with agricultural production being the foundation of all wealth. In the Middle East, water meant rivers since there was little rainfall, and management of rivers required a strong central-planning agency.

In the case of Egypt's Nile, that led to an all-powerful pharoahite government, a pattern mostly duplicated elsewhere in the ancient Middle East. Therefore, wealth became concentrated in the central government because the rulers controlled the means of production and the water resources production required.

In northern Europe, rivers were hardly necessary to agriculture because of reliable, year-round precipitation. Because wealth creation was therefore dispersed, so was political power. Nowhere in the hydraulic kingdoms was there the equivalent of European systems of kings, dukes, barons, counts or marquis, all of whom did not depend on the king or the king's government to till the land and grow its wealth. They therefore had the means to resist the near-total centralization of power found in the Middle East. When such centralization did occur, it was an aberration and short-lived.

This pattern survives to this day. Saddam Hussein, for example, was a nobody of limited material means until he literally murdered his way into power in Iraq in 1979. It was after gaining control of Iraq's government that Saddam became wealthy beyond all avarice.

Now the point of this little history lesson is this: In the United States, the means to create wealth and the exercise of political power in public office are being steadily unified. We are already well along to adopting a Middle East model. Since the Obama administration came into being, the wealthiest counties of America and the most politically-powerful counties of America have for the first tome become the one and same - all concentrated in and around Washington, D.C. Through minute regulation of economic activity, America's political class is deliberately suppressing wealth creation over the broad expanse of the country, while funneling tax dollars to favored cronies. Remember, for example, Solyndra?

At the same time, the political figures are using their offices to gain personal wealth. Consider Senator Harry Reid, the majority leader and hence one of the most powerful figures in Washington. He was born into poverty, growing up in a home that had no running hot water or indoor toilet. His first job in D.C. was working the night shift as one of the Capitol Hill Police. Yet after entering national office, his personal wealth has arisen to as much as $10 million.

But what sent me into writing this post was today's report that the champion rent seekers of all time, Bill and Hillary Clinton, "turned the State Department into a racket to line their own pockets" while she was secretary of state.


“These documents are a bombshell and show how the Clintons turned the State Department into a racket to line their own pockets,” said Judicial Watch President Tom Fitton. Judicial Watch and the Washington Examiner teamed to seek and publish those documents today. “How the Obama State Department waived hundreds of ethical conflicts that allowed the Clintons and their businesses to accept money from foreign entities and corporations seeking influence boggles the mind,” said Fitton, adding, “That former President Clinton trotted the globe collecting huge speaking fees while his wife presided over U.S. foreign policy is an outrage." The Examiner reported that the former president gave 215 speeches and earned $48 million while Hillary Clinton was at State.

Welcome to the potentate kingdom of the United States. 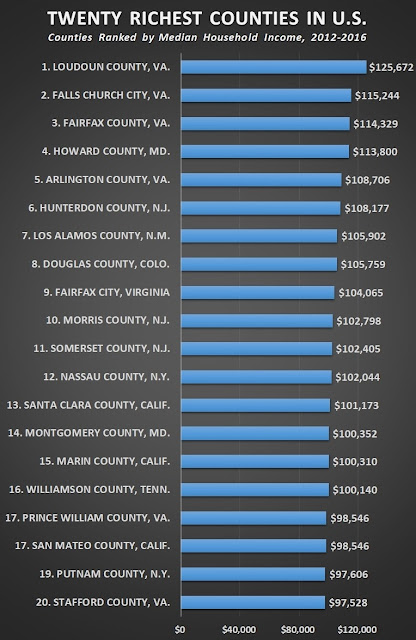 We are safe. We are healthy. All is well.

Today’s action went incredibly well, any way you choose to look at it. More than 100 faith leaders (Many clergy. Even Bishops) chose to be arrested at the White House, as a witness against our nation’s treatment of immigrants, calling the President and Congress to act.
The DC Park Police treated us with the utmost respect and dignity. They treated us fairly and, dare I say: kindly.

The witness was peaceful and powerful. At a certain point, the police backed away all other bystanders and media from a very large perimeter…about half a football field. That was a sobering moment…to realize that we had been separated out, and were now standing alone, in front of the White House itself.

After three “warnings,” they then moved in and, one by one, took us into custody.

What you have to understand is that being arrested was the entire point of the exercise. In an FB post about the day, the author wrote, "Our non-violent witness at the White House Thursday was a powerful experience."

Powerful for whom? Not for Obama nor for any of his administration. It was powerful for him. And that in fact was the entire point.

This "Arrest me!" drill is a perfect example of what Lee Harris called "fantasy theology," though he wrote of it in a different context.


MY FIRST ENCOUNTER with this particular kind of fantasy occurred when I was in college in the late sixties. A friend of mine and I got into a heated argument. Although we were both opposed to the Vietnam War, we discovered that we differed considerably on what counted as permissible forms of anti-war protest. To me the point of such protest was simple — to turn people against the war. Hence anything that was counterproductive to this purpose was politically irresponsible and should be severely censured. My friend thought otherwise; in fact, he was planning to join what by all accounts was to be a massively disruptive demonstration in Washington, and which in fact became one.

My friend did not disagree with me as to the likely counterproductive effects of such a demonstration. Instead, he argued that this simply did not matter. His answer was that even if it was counterproductive, even if it turned people against war protesters, indeed even if it made them more likely to support the continuation of the war, he would still participate in the demonstration and he would do so for one simple reason — because it was, in his words, good for his soul.

What I saw as a political act was not, for my friend, any such thing. It was not aimed at altering the minds of other people or persuading them to act differently. Its whole point was what it did for him.

And what it did for him was to provide him with a fantasy — a fantasy, namely, of taking part in the revolutionary struggle of the oppressed against their oppressors. By participating in a violent anti-war demonstration, he was in no sense aiming at coercing conformity with his view — for that would still have been a political objective. Instead, he took his part in order to confirm his ideological fantasy of marching on the right side of history, of feeling himself among the elect few who stood with the angels of historical inevitability. Thus, when he lay down in front of hapless commuters on the bridges over the Potomac, he had no interest in changing the minds of these commuters, no concern over whether they became angry at the protesters or not. They were there merely as props, as so many supernumeraries in his private psychodrama. The protest for him was not politics, but theater; and the significance of his role lay not in the political ends his actions might achieve, but rather in their symbolic value as ritual. In short, he was acting out a fantasy.

It was not your garden-variety fantasy of life as a sexual athlete or a racecar driver, but in it, he nonetheless made himself out as a hero — a hero of the revolutionary struggle. ...

For want of a better term, call the phenomenon in question a fantasy ideology — by which I mean, political and ideological symbols and tropes used not for political purposes, but entirely for the benefit of furthering a specific personal or collective fantasy.

And that is the preferred theology of the ordained Left in America: purely symbolic acts by which they prove to one another that they are on the side of the angels. That nothing actually changes concerning the protested situations is entirely beside the point.