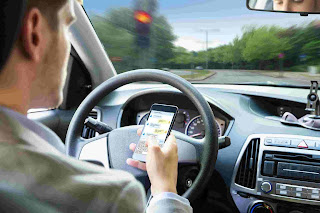 Last July 1, a law went into effect here in Tennessee that makes it illegal for anyone driving a car to hold a cellular phone in his or her hand. Reports the Knoxville News Sentinel,


The Tennessee law banning hand-held cell phones went into effect July 1. Drivers can eat, drink, converse, sing, look at roadside sights, talk to their kids in the back seat, and it’s all perfectly legal. Pick up a cell phone, however, and you’re a distracted-driving lawbreaker. Law enforcement and first responders, however, are exempt from the safety measure that the legislature and governor determined is required for Tennessee drivers.

The Sentinel is not a fan of the law, mainly because such bans, in effect in some other states for many years, have not once been shown to affect the accident rate at all. They cite a number of such studies.

But it does roll cash into county and state coffers.


At $50 per ticket, the Tennessee Highway Patrol’s cell phone ban enforcement netted, it would appear, a minimum of $21,200 for the 424 tickets the THP wrote in July, Knox News reported. Tickets increase up to $200 depending on the situation.

Yes, the ban here in Tennessee is really just another way to tax people. OTOH, the worst accident scene I ever got called by the sheriff's dept. to go work was directly caused by a young woman driving on a two-lane state highway in Franklin, Tenn. It was before smart phones were invented. She was trying to punch a number into her cell phone and wandered into the other lane. An oncoming 18-wheeler swerved to miss her, bounced back onto the road and went head on into a Chevy pickup behind the woman's car.

The impact was so violent that it completely separated the truck's body from its frame, knocking the truck body 20 or more feet away from the frame assembly, which was solely occupied by the driver, married only three weeks, on his way home from work. He had been ripped into three separate pieces. The 18-wheeler's driver was injured.

The woman phone caller was wholly uninjured but when I spoke with her she was not very coherent. She was still holding the phone in her hand, up next to her head, though of course there was no call connected, and basically just walking in a small circle at the rear of her car.

A highway patrol trooper told me that in his 26 years in the THP, this was the most violent accident he had seen. After seeing the truck driver's remains, I could see why. Before the medical examiner's team went to retrieve the remains, I held a time of prayer and Holy Communion for them (I always took my Communion kit responding to sheriff's department calls).

So I cannot argue with Tennessee's law.
Posted by Donald Sensing Links to this post

The latest plan to replace the UMC 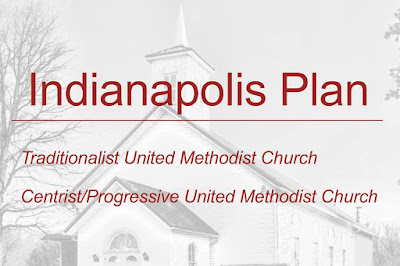 The Indianapolis Plan envisions a Traditionalist United Methodist Church that would maintain the denomination’s current restrictions on same-sex weddings and ordination of “self-avowed practicing” gay clergy.

A separate Centrist/Progressive United Methodist Church would remove those restrictions, as well as church teaching that the practice of homosexuality is incompatible with Christian teaching.

The names in the plan are placeholders. Each denomination would decide what it would be called and could incorporate “United Methodist” into that name.

The Indianapolis Plan also holds out the possibility of a third denomination, a Progressive United Methodist Church that would practice immediate full inclusion of LGBTQ persons.

Significantly, the plan avoids dissolution, suggesting that “legal continuation” and most general church agencies would remain with the Centrist/Progressive United Methodist Church. ...

The Indianapolis Plan’s basic provisions include:

Read the whole article.
Posted by Donald Sensing Links to this post

Rule Number One: Don't be stupid

One would think that in the wake of the horrific mass murders in El Paso and Dayton, that people would understand that everyone's anxiety is elevated about copycat attackers. But apparently, not everyone thinks about that.

Case number one: Panic in Springfield Walmart as man walks around with tactical rifle wearing body armor in Missouri (CBS).


Springfield, Mo. – Police here say they arrested a man who went into a Walmart store Thursday with a rifle around his neck and wearing body armor and military-style clothes, prompting terrified shoppers to flee. Springfield police tweeted that "an armed individual" was confronted and arrested. No shots were fired.

CBS Springfield affiliate KOLR-TV says Lt. Mike Lucas told reporters police got a call about an active shooter at 4:09 p.m. and arrived within three minutes. According to Lucas, a 20 year old put on body armor in the parking lot, then walked inside with a tactical rifle around his neck and a handgun on his side. He had more than 100 rounds of ammunition, according to The Springfield News-Leader. 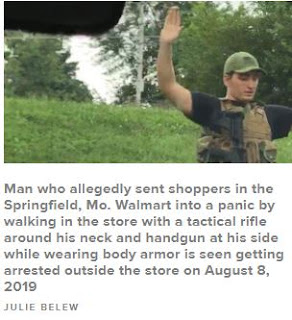 The manager pulled the fire alarm and people headed for the exits. Smart thinking. The gunman never pointed his rifle at anyone. He did take smart-phone video of the scene (police think he was Facebook live streaming) and then walked out of the store, where he was confronted by a legally-armed former firefighter, who held him at gunpoint until police arrived about three minutes later. Police have neither released the man's name nor established his motive. The police lieutenant at the scene told reporters, "He is lucky to be alive." And he is right. The armed former firefighter who held him at gunpoint police arrived showed remarkable restraint, IMO.

Here in Tennessee there is no such thing as a "concealed" carry permit. The law requires a permit to carry at all, whether concealed or "open carry," which the term of art for carrying a firearm unconcealed.

Not a long time ago I was in a Best Buy where I saw a man - not a staffer - wearing a full-size semiauto pistol on his right hip, not tucked inside his shorts. When he turned I saw he was wearing another one in the middle of his back. And then by gosh he was wearing a third one on his left hip. Fortunately, he was turning to head for the doors and he left the store.

This is not something mentally healthy men do, regardless of having a carry permit or what the Second Amendment says. It was legal, yes (assuming he had a permit, I sure did not inquire) but it was stupid. And there are times when stupidity brings on its own penalty, as the police lieutenant in Springfield implied.

In Port St. Lucie - at another Walmart (what is it about dumbbells and Walmarts?) - a man identified as Phil Attey, an anti-gun activist, walked into a Walmart "and asked the clerk about a gun to kill people with."

Police were called, but Attey had left the store by the time they arrived, so this APB was put out. 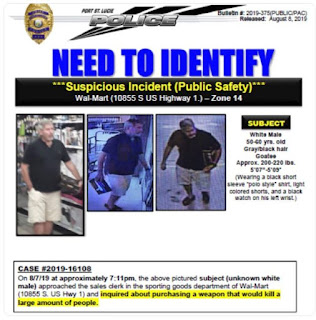 Attey was soon apprehended but not charged since he had not made actual threats and no one was harmed.


He admitted to WPTV the remark was in poor taste, but he was trying to make an anti-gun statement because he saw someone who looked like a white nationalist purchase a gun.

If you know what "someone who looked like a white nationalist" means, then you are ahead of me on that.


A man who worked at SunTrust Park is behind bars after getting into an argument with
his boss and threatening to “blow up” the stadium and “shoot everyone there,” according to his arrest warrant.

Jamar Antonio Golfin, 30, has been in jail since Saturday on a felony charge of making terroristic threats or acts, Cobb County jail records show.

Golfin, a temporary employee assigned to clean a seating area of the stadium, got in trouble Friday morning for walking off during a break and was asked to leave the ballpark, according to his warrant.  ...

As he was walked out, Golfin ... allegedly threatened to “kill them all” and told his supervisor he “would come back and shoot everyone there,” his warrant said. Golfin also allegedly said he’d be back to “blow up the place.”

Golfin has been charged with "making terroristic threats or acts," according to reports.

You know, when people do or say stuff like this, it makes me believe the reports that the human race is literally getting stupider every year.
Posted by Donald Sensing Links to this post

What next for us? 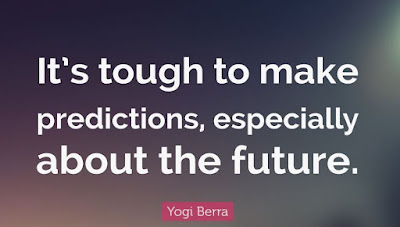 I think most of you know that the United Methodist Church is facing an uncertain future as a denomination. The General Conference (GC) is the only body that makes denomination-wide policy. It is useful to recall that the UMC is a worldwide church with several million members outside the United States.

Since the GC of 1972, the UMC has been wrestling with what shall be the denomination-wide position regarding homosexuality. Presently, the UMC's position is that homosexuals, like all other peope, "are persons of sacred worth" and are invited to become part of the body of Christ through baptism, to celebrate Holy Communion, and to serve in the church as fully as everyone else, with two exceptions:
By the time of the 2016 GC, the durability and mounting intensity among progressives and traditionalists had reached the point where a special General Conference was set for February 2019. It was intended that this GC would provide the definitive position of the church, for no other business was to be brought before it.

Last February, the General Conference retained the existing position and strengthened it. Some provisions of what was passed were subsequently nullified by the UM Judicial Council. But the core parts were retained. See here.

Even so, the debate is far from finished. The GC regularly meets every four years and will convene again in May 2020. There is, as of now I think, a widespread belief among all sides of that issue that no compromise-outcome is really possible. I am reminded of Abraham Lincoln’s observation in his 1858 “House Divided” speech, that every solution to the slavery question had been attempted and failed and no more compromising was possible. The nation, he said, would eventually either legalize slavery in every state or in abolish slavery in every state. What it could not do any longer was maintain the status quo.

I think that is what progressives and traditionalists alike are concluding about the UMC’s position on homosexuality. Everything that can be tried has been tried, and the subject is still not settled within the denomination. The One Church Plan, endorsed by the Council of Bishops, was rejected last February and no one today is promoting it for next May.

If I could forecast now the GC will decide next May, I could make a fortune on the stock market. I know that many influential progressive and traditionalist Methodists across the country are in ongoing conversation. I am gratified not have seen or read of spite-filled language or personal attacks by either side.

But what about us?

"It's tough to make predictions, especially about the future." Even so, here are my predictions:

Our calling to be disciples of Jesus Christ will not change even though our denomination is going through “interesting times.” Jesus’ Great Commandment to go make disciples shall remain before us.

We shall face the future unafraid because 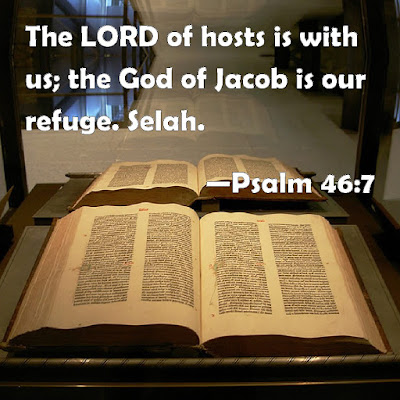 These "interesting times" are temporary. Christ’s church is eternal!

Regardless of the future of the United Methodist Church, we remain united in our prayers, our presence, our gifts, our service, and our witness.

The Lord is with us! Let’s remain with the Lord -- and with one another!
Posted by Donald Sensing Links to this post